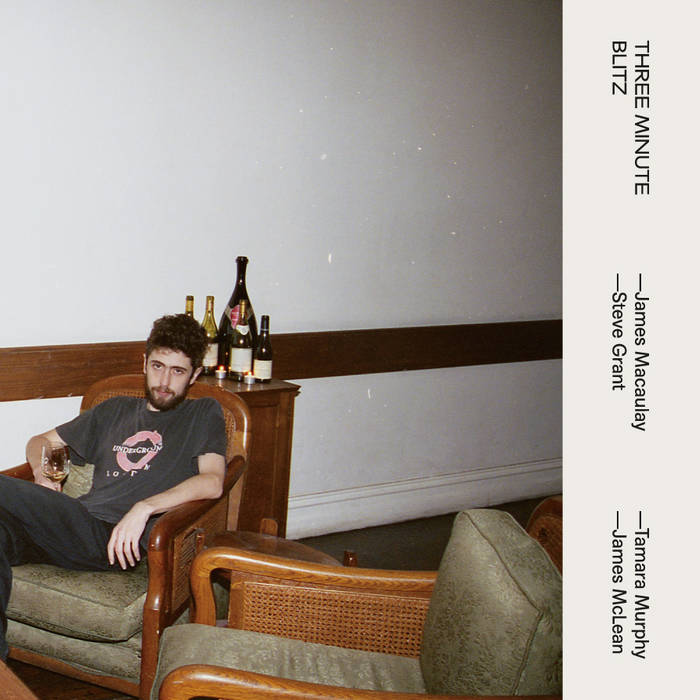 It’s a creeper, this record. I was there when it went down, but I
can’t recall the tracking order – I wonder if it was the same as they
appear here. Actually, who cares – the result is gorgeous; a portrait
of honesty and humility that threatens to crack it’s so fragile at
times – a bit like James/Jimmy/Bison in that respect…

I like that I can ‘hear’ him on this record - literally, obviously,
but I mean the fella too. He’s a paleo-romantic; old-school, that is –
heart on his sleeve (foot in his mouth often enough), that sort of
thing. Hates a drink, loves a rave; happiest when they coincide. A
(mostly) walking contradiction; a disciplined lush. I mean, look at
him: Hair like a beast (bison?), worst posture ever… But what a sound
– you can’t argue with that – brimming with generosity, wit, and a
whole lot of Higgy.

He’s also bright enough to surround himself with greatness in Stevie
(check him out on Lingering Notes), Tam and James/Jimmy drums: never
static, never coasting; always bringing themselves to the party. You
can tell too that James’ gigantic brain has had a hand in writing the
tunes, but thankfully it’s the lyricism in them that leaves the most
lasting impression.

He’s a lot of things is James, as is this record. But mostly he’s a
sweet guy who plays the ass out of the trombone and writes some cool
tunes.

Recorded and mixed at The Pound on 25 Oct 2013
by Phil Noy. Mastered by Phil Rex. Produced by
Martin Martini. Photograph by Amelia King. Design
by Stuart Geddes. Pound Records © Manufactured
and distributed by the Pound Melbourne, Vic,
Australia. All rights reserved, unauthorised
duplication is a violation of application laws.

Bandcamp Daily  your guide to the world of Bandcamp